In what was a blissful transfer market last summer that saw no fewer than ten key Super Eagles players join new clubs after Nigeria’s participation at the FIFA World Cup in Russia, AOIFootball.com reports.
AOIFootball.com examines how the players have performed six months down the line, especially with the 2019 AFCON just a few months away and the competition for places in the national team at its peak.
FRANCIS UZOHO: After becoming the youngest goalkeeper to man the post for Nigeria at the FIFA World Cup the Deportivo shot-stopper had to make a choice to move away from the club in search of regular playing time. 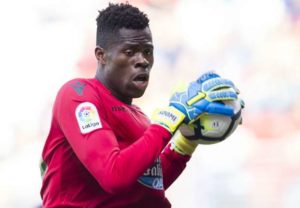 Uzoho then opted to join another LaLiga 2 side in Elche with the Nigerian number 1 bidding his time on the bench before finally breaking into the first team which he has now held for kept.
Since his debut, the 19-year-old has been between the sticks on 7 occasions keeping 3 clean sheets and also making it into the team of the week on two occasions.
Uzoho’s only blip in the season came in his side’s 5-1 thrashing by Cadiz last November which led to him picking up an injury which also ruled him of Nigeria’s clash against South Africa with the Eagles sealing qualification in his absence.
Appearance
League: 6
Copa del Rey: 1
Clean sheet: 3
Rating: 7.05
Saves Ratio: 7.05
Goals conceded per game: 1.3
Man of the match: 1
TYRONNE EBUEHI: Despite making arguably one of the biggest move by a Nigerian player in the summer after joining Benfica from Ado Den Haag, the Eagles’ defender his yet to feature for the Portuguese outfit in a competitive game after sustaining a serious injury during the preseason 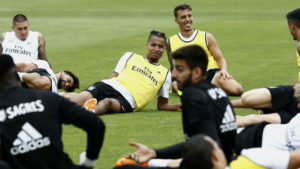 Ebuehi did, however, feature for the club in two pre-season friendlies at the International Champions Cup where he came if the bench in the win against Borussia Dortmund and also in the 1-1 draw against Juventus.
He will, however, be hopeful of a quick recovery going into the new year especially with the AFCON just a few months away.
WILLIAM TROOST-EKONG: One man who has no doubt had the best of football over the last six month has been Ekong, after making a surprise move from Bursaspor to Udinese many wondered if the big defender will struggle to hold his own in the hard tackling Italian Serie A. 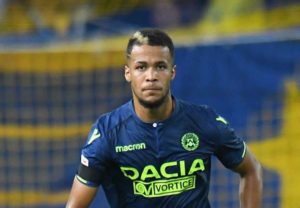 However, the Nigerian has brought a unique style of play to the club with his calmness and commitment which has seen him feature in all of Udinese league game till date.
Ekong did feature in all of Nigeria’s matches at the World cup and was also present when the Eagles clinched a return ticket to next year’s AFCON following their 6 years absence.
Appearance
League: 19
Rating: 7.01
Passes completed: 82%
Tackles completed: 50%
Clean sheet: 6
Interception: 1.4 per game
Clearance: 6 per game
Duels won: 59%
Yellow Card: 2
Error lead to goal: none.
LEON BALOGUN: The Eagles’ defender fulfilled his dream of playing in England by making a summer mover to Brighton and Hove Albion on a free transfer from Mainz 05.
Playing second fiddle to the duo of Lewis Dunk and Shane Duffy, Balogun had to patiently wait for his time to impress the Seagulls fans and did so in emphatic fashion when he came off the bench to score a fantastic half-volley for Brighton in their 3-1 win over 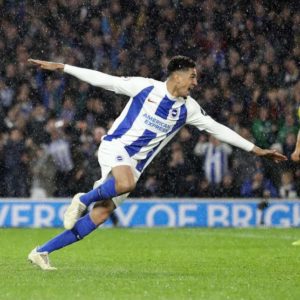 Crystal Palace.
Though the return of both players has seen Balogun drop back to the bench, the Nigerian remains committed to force his way through and command a regular playing shirt and build on his 8 appearances so far.
Appearance (start): 8 (5)
Rating: 6.63
Goal: 1
Pass accuracy: 76%
Interception: 2.1 per game
Tackles completed: 50%
Clearance per game: 4.0
Duels won: 59%
Yellow Card: 2
OLA AINA: After the disappointment of missing out on the World Cup in Russia the Eagles’ versatile defender switched territory for the first time in his career as he made a loan switch from English giants Chelsea to Torino in the Summer. 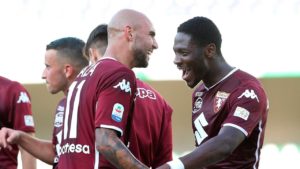 That move, however, gave Aina a chance to prove doubters wrong with the 22-year-old quickly establishing himself as one of the key members of the squad.
Solid display against AC Milan and Juventus already have led to insinuations that the Italian Club already fancies signing the player on a permanent base with the transfer window officially opens.
However, the word for Aina going into 2019 will be how to convince Eagles’ manager Gernot Rohr that he remains a good fit at right back with the player predominantly playing as a wing back for Torino this season.
Appearance
League (starts): 16 (12)
Ratings: 7.01
Assist: 1
Passes completed: 79%
Big Chances created: 2
Tackles won: 66%
Clearance per game: 1.2
Dribbles completed: 54%
Interception: 1.4
Duels won: 57%
Yellow Card: 1
KENNETH OMERUO: Once regarded as the best defender in the land, the 2013 AFCON winner also made the move in the summer as he joined the list of loan players away from Chelsea this time he pitched tenth with Leganes in Spain.
After spending the first few matches on the Bench the Nigerian grabbed his opportunity when given the chance against Rayo Vallecano and has since remained a regular with the team forced to play a 5-man defense to accommodate the Nigerian.
Omeruo did, however, lead Leganes to their best run of form in ten years as they remain unbeaten after 9 matches, keeping 5 clean sheets in the process.
His form also earned him a recall to the starting line up of the national team, with the Chelsea loanee featuring in Nigeria’s last qualifier’s away to South Africa.
Appearance;
League: 10 (9)
Copa del Rey: 2 (2)
Ratings: 7.03
Pass: 80%
Duels win: 69%
Tackles completed: 63%
Clearance per game: 7
Clean sheet: 5
Yellow Card: 1