Super Eagles’ and Sporting Charleroi of Belgium forward, Victor Osimhen has been named the best player for the month of December following his impressive displays, AOIFootball.com. 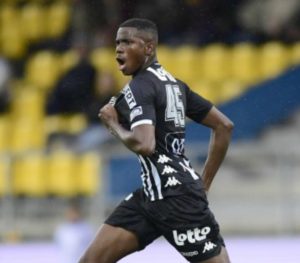 The Wolfsburg loanee scored twice in the month of December and added another assist to steer the team to the top half of the table after playing the first round of matches in the Belgian league.
This is the second time the young forward will be scooping the player of the month award following his success in September when he was voted the best player after scoring four times.
Since his move from Wolfsburg in the summer, the former U-17 golden boot winner has been a revelation in Belgium scoring nine
goals and adding a further three assists to prove doubters wrong that he remains the player for the future.

Victor Osimhen back after injury