The Authentic Nigeria Football Supporters’ Club (ANFSC) has congratulated newly elected Senator of the Federal Republic and Owner of NPFL side Ifeanyi Ubah after he was declared the winner of the Anambra South Senatorial district election, AOIFootball.com reports.
The president of the club, Abayomi Ogunjimi told AOIFootball.com that Ubah’s success at the polls will further help in the development of sports both in the state and the country at large.
“On behalf of the body I represent, I want to say congratulations to Dr. Ifeanyi Ubah who was elected last week to serve his people at the National Assembly. 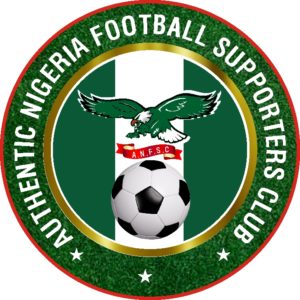 “His victory at the polls is a blessing to his people and to sport loving Nigerians too, having been a strong pillar of sports in the country both with his club and the numerous support he has rendered to the sporting family. We can only wish him a successful stint at the National Assembly,” Abayomi said.
The business mogul shocked the political ranks in Anambra State as he defeated the Uba brothers Andy and Chris to emerge as Senator representing Anambra South Senatorial district and will become the first YPP candidate to sit in the Red Chambers in Abuja when the ninth Senate begins proceedings in May this year.