Nigerian striker, Daniel Chima has lauded the level of unity in the current Super Eagles squad, stating that the players have formed a strong bond that can only get better,  AOIFootball.com reports.

The Molde of Norway player,  who is currently on holiday in Nigeria after an impressive loan season with Chinese League One side, Heilongjiang Lava Spring, told AOIFootball.com exclusively that he now hopes to return to Europe next year and improve on his 2019 performance. 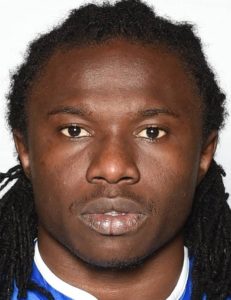 “I have really been impressed with the Super Eagles over the past few months because of the oneness in the team and it gives them that extra edge going into games. They bring everybody together, the communication is also there and I see them as brothers.

“The season has ended in China and it was a very good one, although we missed out on promotion. I will return to Molde after the holidays and see what the future holds because I still have a contract with them,” Chima said.

The 28-year-old was at his impressive best in China, scoring 17 goals in 23 appearances for Heilongjiang as they finished 4th on the log,  narrowly missing out on promotion by just 2 points.

Chima began his European adventure with Norwegian first division side Molde Lyn in 2010 but following the club’s bankruptcy, the attacker moved to Molde in July where he played for four seasons, winning the Molde top goals scorer award in 2013 before moving to China in 2015.

He scored 21 goals in 44 appearances with Shanghai Shenxin before moving to Poland where he had a short stint with Legia Warsaw before rejoining Molde in 2018.

Abdulquadir Adedapo - May 27, 2021
ALL CATEGORIES
SOUNDCLOUD