Former Coach of Enyimba FC, Kadiri Ikhana has blamed the recent poor performance of Nigerian clubs on lack of continuity after another disappointing result by Enugu Rangers on the continent, AOIFootball.com reports.

The 2013 CAF Champions League winner also cited lack of preparation of the teams to engage continental games as well as the inconsistency of the clubs on the continent. 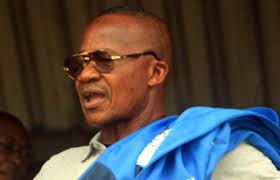 ”They lack continuity, especially with players. Once a team qualifies for the champions league, you will see them recruiting new players. This slows down the team because it will take time for the new players to blend and again our preparation is another obstacle to progress in the continent.

“I could remember when Enyimba won it back to back. I don’t think we have such a team right now and if you check the players back then, they were together for up to two to three seasons. That made them solid, ” Ikhana opined.

Enyimba is the only NPFL team with a  bright chance of reaching the quarterfinals of the ongoing CAF Confederations Cup.