Former Nigerian international, Mutiu Adepoju has called on players and officials of the Super Eagles not to treat their Group C pairing for the second round of the 2022 World Cup qualifiers with kid gloves, AOIFootball.com reports.

The former Real Betis forward was reacting to the draw which saw Nigeria placed in Group C alongside Cape Verde, Central Africa Republic and Liberia where he stated that the draw was favourable to the country and that the World Cup remains the country’s birthright.

“A favourable draw for the @NGSuperEagles. No room for complacency because qualifying for the FIFA World Cup is our birthright,” Adepoju stated.

Having been to six of the last seven FIFA World Cups, the three times African champions will now hope to scale the hurdles between the trio of Liberia, Cape Verde and the 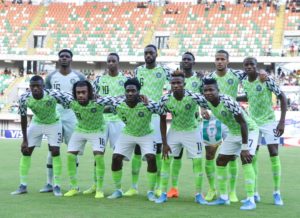 The Central Africa Republic, with all group winners going on to play in a final playoff round to determine the five African representatives in Qatar.